Contact Us
Balakhane Mediation includes On-line Divorce and Family Mediation Services where all Mediation Sessions are conducted on-line. Contact us to learn more. 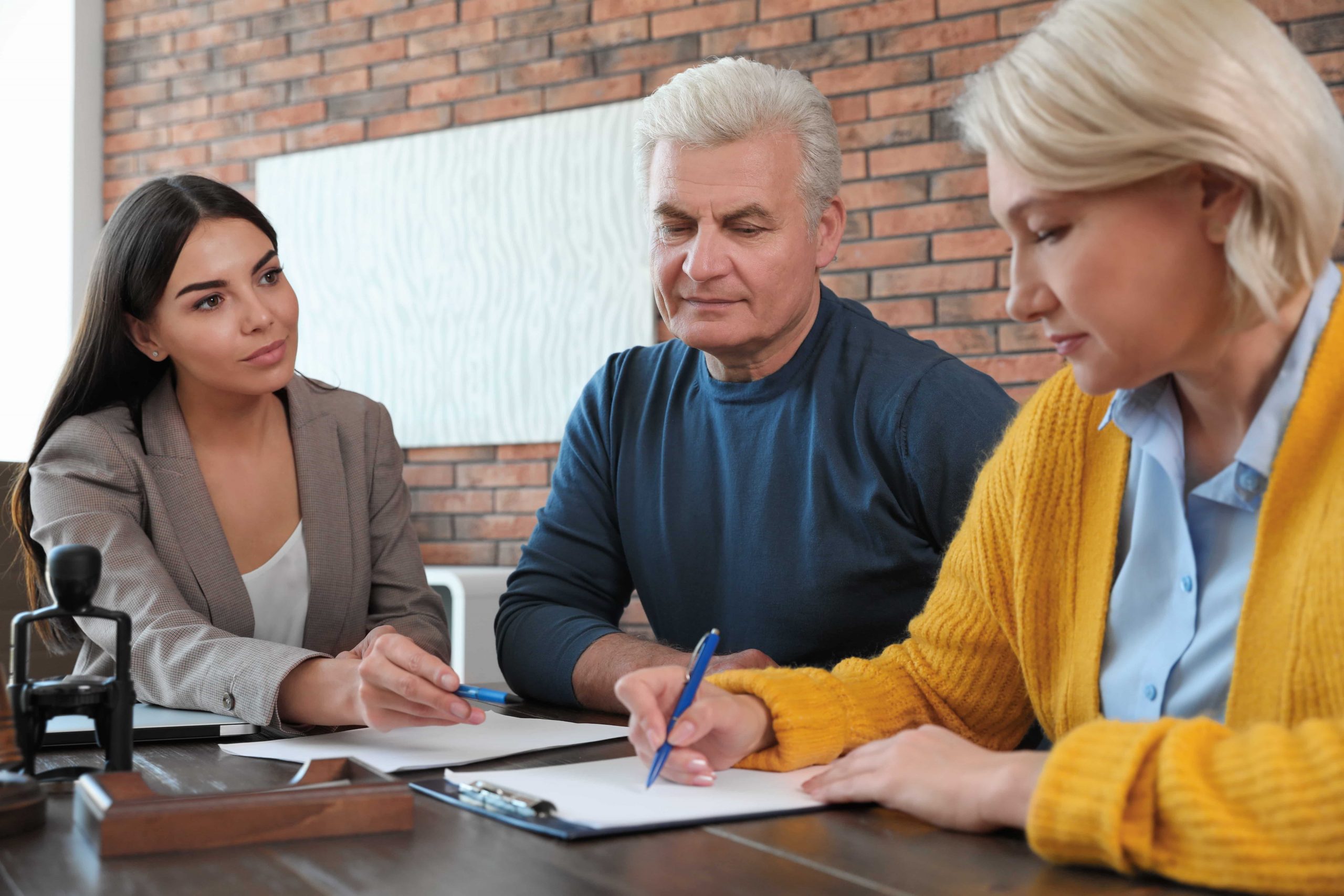 Learning the differences between Legal Separation and Divorce can help you decide which one is right for you. Consulting an attorney to know your options under the law is always advisable.  Using the services of a Professional Family Mediator provides the parties with structured, non-adversarial setting in which to prepare for and negotiate agreements that are mutually beneficial to the parties and their children.

It is important to recognize and distinguish the binary nature of marriage.  The first is the status of the parties—they are married and not single.  The second is that by virtue of getting married (legally recording the marriage with the County Clerk in the State of California or a valid marriage under the laws of any other state) the parties become economic partners under the principles of “community property” pursuant to the definitions in the California Family Code.  As a result, a couple can decide to modify or end their economic community property partnership and stay married if that is what they choose. On the other hand,  they can decide to divorce (“terminate their marital status” as the Family Code provides) and end their economic partnership under the community property laws.

What Does Legal Separation Mean?

A “Legal Separation” is a change in the marital partnership of the parties which is obtained by a  Judgment of the Court between two spouses. Many people are confused by the various uses of the term “separated”. The differences are described as follows:

“separated”: this is a term that many couples use when they have physically separated because of differences in the marriage but they use it in the sense that they are taking a break from one another and no decision has been made by either to begin the process of divorce.  This would describe a couple who has physically separated and are going to counseling to see if they can repair the marriage.  This informal stage is no different legal consequence than being married.  Let’s refer this to “social separation”;

“legally separated”: this term refers to the fact that one or both of the parties has made the decision to formally end the marriage.  The resulting “Date of Separation” has significant legal consequences as the community property partnership ends on that date as to the future conduct, income, and debts of the parties.  It does not change what has already been accumulated by the community but the economic partnership is ended going forward from that date.

“Legal Separation”: this term refers to the commencement and conclusion of a  judicial proceeding that ends with a Judgment ending the community property partnership but leaves the marriage of the parties intact.  So, for example, either spouse can remain on the employment-related health insurance of the other because the parties are still legally related. Legal Separation or “legally separated” lets the couple live separately, both financially and physically.

There are many issues which arise between the parties in both separation vs. divorce, which include:

In the case of a “Legal Separation”, like with Dissolution of Marriage, there is a Judgment filed with the Court formalizing the change in the circumstances of the parties.  In both cases, the parties have the ability to create their own agreement and submit it to the Court for approval and incorporation into the Judgment.  Both procedures typically involve resolving agreements relating to the major elements of marriage:

Agreements for future review of any on-going subject matters.

The most important difference between Legal Separation and Divorce is the fact that a Judgment of Legal Separation does not end the marital relationship.  This means that the parties may not remarry, and among other things, they may continue to file joint income tax returns and the employed spouse may continue to carry the other spouse on his/her employment-related health insurance as a dependent or beneficiary.

There are various reasons to choose a Legal Separation vs. Divorce, such as religious beliefs, health care considerations, and/or financial benefits from property, as well as other things. However, regardless of the one you choose, It is a life-changing decision with very important considerations.

Here are some of the most common reasons to consider a Legal Separation agreement:

Religious: Many couples have religious or philosophical beliefs that make divorce disagreeable and unwelcome. Most of the time, a court-approved Legal Separation is the best alternative so that you can physically and financially separate from each other.

Timing: This is when a couple takes some space from one another or physically moves apart but no decision has yet been made by either party to begin the process of ending the marriage. A separation can be seen as a trial period or interim step towards divorce.

One common misconception that must be emphasized is the difference between “separation” (in lower case) vs. Legal Separation. The date of informal separation may not be legally recognized by the court without a formal filing. Once filed with the court, a “Date of Separation” is determined, which formally terminates the accrual of community property. For example, one’s paycheck is community property before this declaration and is the separate property of the income-generating party after the declared separation—even without any filing yet taking place.  This often creates a messy conflict between what the parties think is happening and what is happening vis-à-vis their rights under the Family Code which they sadly don’t find out until they hire lawyers.  Through mediation, couples can address the potentially ambiguous timing around community property and include any decisions as part of broader divorce negotiations. These kinds of legal nuances can result in expensive court battles in the typical adversarial divorce but create multiple, cost-effective, and mutually beneficial negotiating opportunities in a collaborative process like mediation.

Separation vs. Divorce: How Are They Different

When deciding between Legal Separation or divorce, it’s important to understand their formal definitions. Though Legal Separation and divorce are similar, divorce is more final in that it legally terminates the marital status of the parties.  Under the Family Code of California, the community property of the parties is mandated to be divided equally between the spouses and issues like child support, child custody, and spousal maintenance will be adjudicated by the Court in the absence of a settlement agreement between the parties.

What determines how long a divorce takes is a function of the willingness of the parties to work constructively with one another either through a Family Mediator or collaborating attorneys versus either party resorting to adversarial attorneys and the court system.  In the former, the process may range anywhere from several months to a year whereas in the latter, the litigated divorce can carry on for well beyond a year.

There is little doubt that parties who work together in mediation or a collaborative process shrink the cost of their process to a fraction of what parties with attorneys litigating through the court system will cost.  Unchecked emotions are the driving factor in making the latter alternative incredibly and wastefully expensive.  Either a Professional Family Mediator or collaborative legal, psychological, and financial professionals help the parties to contain and rechannel these unchecked emotions into constructive and efficient channels that lead to resolution.

Filing for Divorce or Legal Separation:

The steps legal separations and divorce are quite similar, even though they change slightly state by state and county by county. For example, California is a no-fault state, so either spouse could request a divorce. This means the court does not care who may have caused or triggered the divorce. However, it does focus on whether the marriage can be saved or not.

The Cost Benefits of Mediation

Separating from your partner is very difficult and can result in an expensive process. Working collaboratively in a structured mediation, will allow the two of you both to substantially reduce and maintain control over that cost. Divorce mediation is not nearly as expensive as a divorce trial or custody suit as a trial alone can cost thousands of dollars per day. Most family and divorce mediators charge by the hour and only charge for the time spent working on the case.

Divorce can be a complex, overwhelming and emotional process. It is natural to think you want to be protected as you move through these unchartered waters. However, as counterintuitive as it may seem, safety and protection are achieved by working together in a safe environment such as mediation for a fraction of the cost.  Although individual attorneys are usually retained to provide protection, the adversarial environment that the opposing attorneys create is the exact opposite of a client being “safe” and “protected”.

Before making what is the most important decision a person can make in life, exploring the law based on a consultation with an attorney and consulting a qualified Professional Family Mediator will educate a client as to how to make the best choices for him or herself and for their children.